Overheard in the car park. Must have been shrieked at about 125dB, so you couldn't really miss it.

I think that what we're seeing now is music in it's purest, rawest form, by actual musicians that aren't sueded or influenced by the potential to make millions.

Presumably musicians get sueded when you put tanning lotion on them?

Anyway it's another chapter in the ongoing discussion/argument/war over the impact of free downloads on the viability of - all parts of - the music industry.

For my part I still buy CDs because I spend a lot of time in the car and the e-cheapo model versions we buy for work don't have mp3 inputs. Yet, I guess. I also buy CDs because, while I have an mp3 player, I only use it for its voice recording function. I don't jog or do other activities that people seem to do when they are listening to mp3s and while I love music, I can get by perfectly well going to the supermarket without needing earphones in.

And while you may or may not agree with Brian Stoner's comment, from which the first extract above was taken, it doesn't warrant calling him a fag as a later commenter does. What is it with people who do that?
Posted by phil at 2:17 pm No comments:

Well it's a bit hard to get away from all things ANZAC today. Mrs VVB has managed this, however, by (a) asking me to turn off a TV channel which was suggesting that the best way to observe our emerging holy day was to go to Young and Jacksons for a beer and subsequently (b) retiring for a nap.

Fortunately, in other parts of the globe there is genuine silliness with which to amuse ourselves. For example, if you were a junior civil servant, what would you suggest as suitable events to mark a visit by the Pope?

I expect you'll be wrong.
Posted by phil at 2:37 pm No comments:

50 ways to leave your lover

Via Bookforum as always, lists and comments on the 50 best and 50 worst books of the 20th century. However the "best" and "worst" categorisations are somewhat misleading.

Mainly because the lists are, more accurately, firstly the 50 books whose philosophy we support and, on the other hand, the 50 books that are incorrigible and quite frankly dangerous leftist crap that leftards everywhere sucked up to, but especially during the 1960s when as we know the whole world turned to leftist crap, and we disagree with them quite violently.

Or along similar lines, you get my drift no doubt.

Only two several things intrigue me:

i found a new love

And its arrival coincided not only with a massive increase in workload but also, and again, the 134th realisation that this blog has nothing to say.
But crikey it makes me smile and that's why I got it. 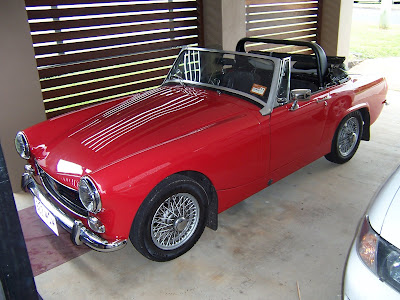