After his rehabilitation, Chang was described by Choi Jin-wook of the Korea Institute for National Unification in Seoul as having fewer enemies than other senior cadres "because when he purges people, they are not just sent away from Pyongyang, they are killed".

Makes you glad we live in a semblance of a democracy, eh what?
Posted by phil at 2:25 pm 2 comments: Links to this post

Unnecessary blood pressure raising inducement of the day was to see that the illogical and (again) unnecessary introduction of the American neologism "I could care less" to Australia. Saw this in a newspaper article.
Why and how does it happen. I used to have a theory that most of these fad sayings came in via FM radio, but I'm not so sure. Why do people do it? Does it really make you look hip to say "I spent a couple hundred dollars today?"
It would be supremely ironic were I now to comment, "meh."
So I won't.
Have started travelling for work again and needing to pass a couple (of) hours in airports and on planes last week, I bought myself a copy of Australian Guitar magazine, mainly for the article on Matt Bellamy from Muse, a band in which I've become quite interested, not least for their thematic obsession with aliens but mainly for their stage shows.
The song structures are nothing to write home about but oh man, the staging! Go to youtube and look at some of their Wembley concert from a couple (of) years back, and other concerts. 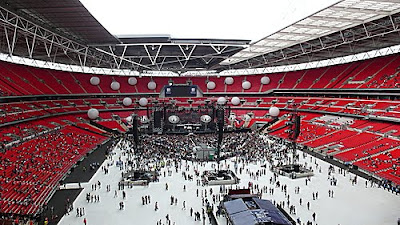 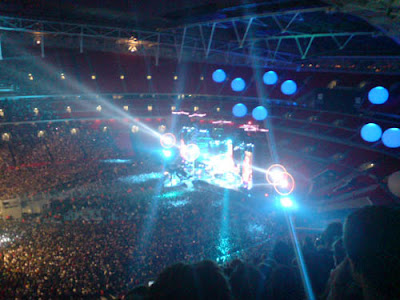 Imagining the sensation of being in the crowd puts me in mind of something I've read many years ago, but not sure what. Maybe taking a gram of soma and going to the feelies in Brave New World? Wasn't it Brave New World that had some type of super-saxophones playing music? That Wembley concert looks downright amazing in the number of senses it would assault.
Muse is coming to Australia shortly but I doubt I'll be able to get to a concert. In any case I kind of think I'd be a fish out of water, with or without soma.
Whinge of the day: I don't know what's happened with Blogger but now I can only move pictures within the post one paragraph at a time. And for the two photos in this post where I want jump the first photo further down the story, I can't do it. Like, bummer.
Posted by phil at 7:27 pm 5 comments: Links to this post

And what I like even betterer is people wot use words to make me larf.

(links deleted for reasons that will become apparent later in the post...sorry)
'course it's all a little bit like shooting fish in a barrel (do people actually do that? and if so, what calibre gun do they use?), but a punchy turn of phrase is a damn good thing.

Speaking of calibre, did you read about the bloke who shot a doctor, then his own mother and then himself after the doctor presumably pronounced a suboptimal prognosis for the mother? With a handgun he just happened to have in his belt?

This, to me, is indeed a fish in a barrel. Tell me again about the right to bear arms? Of course you'd pack heat if you were visiting mum (or, as I overheard two little boys in Woolies today, "mom" - yes, I do live in Australia), you never know when you might need to protect yourself. Against germs, let's say.

Yes, intolerably sad, but they seem to be slow learners, these Yanks.

Wasn't the Colt 45 called the "peacemaker"?

Because you always create peace by shooting people quicker, harder, and faster.

Note: I drafted this a couple of days ago and then had problems with my little bits of html. I can't remember what the links were meant to be and can't be bothered going back to check now. But I've posted it all the same. Caveat lector.

Note note note - I drafted the note above several nights ago and then went to check whether I had remembered caveat lector correctly. That caused the pooter to keep hanging so I went away and completely forgot about what I was doing. Until tonight.

Also I found a wonderful online comic - here. I read all 7 years' worth of it over a period of about a week, thereby rendering it more of a graphic novel in my eyes I guess. The writer always puts little noted at the foot of the panels which often illustrate the dilemmas he faces in constructing the story arcs as well as longer term character and plot development. It's a real insight into something I certainly had never given any thought to.

You don't often read this sort of thing in a newspaper report:


Although later on we read:

"I think O'Donnell can pull it off against the Democrats,"
she said.

As they say, only in America.

I'd like to see a Tea Party candidate gain the Presidency.

From a distance, though.

working for the man

As someone just coming off a roughly 14 hour day on top of a number of others of similar length, and having allowed myself some 'free' reading time, I was underwhelmed to read this. In fact only earlier Mrs VVB and I remarked, en passant to each, our own pooters, why has work got this insane?

Posted by phil at 11:25 pm No comments: Links to this post 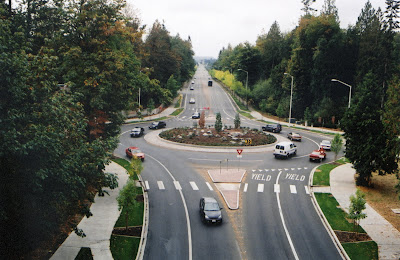 So we have a minority government, you'd think it was either the end of the world or something never seen before (like what happens in Kitchen Stadium).

Just think of what the energy that's going into writing about what Julie Gillard, or Tony Abbott, or Tony Windsor, or thingo Oakeshott might or might not be thinking was actually directed at doing something positive?

Anyway it's a bore. Let's just see how it all works out. If I have to make another trip to teh local primary school this side of Christmas 2011 I'm going to be mightily peeved.

Meanwhile, in a parallel universe, I'm so freakin' busy I ain't got time to scratch meself.
Posted by phil at 10:25 pm No comments: Links to this post