Courtesy of the ever-readable Peter Martin at the Canberra Times, here is Ross Gittins' take on the first year of Kevin Rudd as PM, as well as some analysis and outlook for monetary policy and the economy more generally.

In all modesty, and believe me it's extremely modest, I will point out that VVBSea made the same comments about Rudd's adoption of the Tony Blair Handbook to Governing only a couple of posts ago.

What I left out - well, amongst the three, no, four, or, wait a minute, amongst the many things I left out - was the obsession with 'announceables', a governance characteristic with which I, and many many others, have become very familiar this last decade or so.

'Announceables' need to be taken out the back of the bike shed and beaten severely with a piece of 4x2 until they resume their rightful place - after things have been made to happen.

Fat chance, though, I fear, with a 'modern' government of any stripe.

We have friends from Brisvegas arriving today for tonight's revelries, along with offspring no 1 and his girlfriend who have been here over the holiday period.

back in the ussr

I knew I posted too early this evening.

Cop this lot on Neatorama (which is, incidentally, always a good place to visit).

Just love the comments. How some people remember to breathe while doing all their heavy thinking (hey! no-one takes our guns!) is a wonder of modern science and civilisation.

Goodnight.
Posted by phil at 10:54 pm No comments: Links to this post

The terminally addicted/distracted/something else again among you will recognise the name of 10cc's hit, which contains the line "I don't like cricket, ah hah, I love it."

So you may be forgiven for thinking that a post about the Australian team's thrashing at the hands of South Africa is coming. You'd be wrong, but only more or less but for the cricketophobes amongst you, please bear with me.

The only sensible comment I've heard on the Test outcome was from Ian Chappell on the teev tonight where he took the long view and posited a period in the doldrums after which, all other things being more or less equal, we will bounce back. That sounds about right to me.

But what I really wanted to talk about, just a little, was the longer term effect of the Cronulla riots. You remember the photos of the good young Anglo-Saxon stock of Sutherland Shire, draped in the flag and paying into the Mussies.

More than unfortunately, I now cannot see young Australians draped similarly in the flag without ascribing a similar outlook to them. I'm sure it can't be the case, because people have been taking Australian flags to cricket matches for a long time. It's a fairly natural thing to so, I guess, for an international tournament.

But young men in Jackie Howes and a flag tied across the shoulders now just send a shiver up my spine.

Then the national anthem is played and, sure as eggs, a couple of them will put their hands on their hearts.

And that just makes me sick.

When I was growing up, you stood to attention for the anthem. If these coves had half the respect for Australia that they claim to have, they wouldn't be aping the bloody Yanks yet again.

Update: hmmm.
Posted by phil at 8:29 pm No comments: Links to this post

Via Bookforum, Christmas presents you'd not only rather not have, but not even wish to think about.

Not surprisingly, the Maggie Thatcher nutcracker - oh, how accurate! - tops the list.

And while we're here, all the usual and best compliments of the season to my devoted - um, yes well - little band of readers and here's hoping for a somewhat better 2009 than 2008 turned out to be in many ways.

My world is slightly emptier since I lost John Howard to whinge/complain/rant about, but on t'other hand my blood pressure is far better and the TV is no longer in danger of getting something solid thrown through it every 7 pm news.

Kevin 07 is predictably falling somewhat short of general expectations. It'd wouldn't be so bad if he wasn't recycling every proven-to-be-useless idea that Tony Blair ever came up with. As part of the machine and well experienced in the damage wrought by the law of unintended consequences, I could have told him how badly stupid targets and ill thought through plans and reporting frameworks usually end up.

The proposed internet filter is stupidity on wheels.

When I come home I usually go to Oz Politics first and I increasingly come to understand that stupid leftists are the cause of all the world's ills. There seems to be more of these sites and posts which I imagine is a result of the other 'side' having lost in Australia and the US. So I'll guess we'll just have to get used to that by doing the usual thing - ignoring it.

The pope is a candidate for taking out the back of the bike sheds.

And on that cheery note - ciao for niao. I am about to take the longest holiday I've ever taken since I started work on 8 December 1969...hmmm, better let one one rest.
But I shall return. 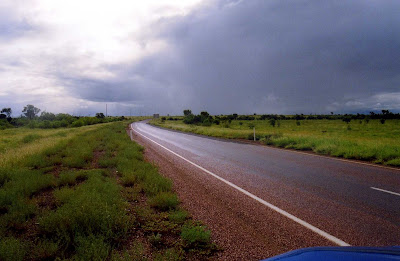 Posted by phil at 8:29 pm No comments: Links to this post

Not least because two of them are dead, more just a comment on how life in western civilisation is gradually descending to some base point where discussing Paris Hilton is seen as somehow...er...satisfactory.

But it is getting better, in a very specific way.

After a lot of hit and misses I've again turned out a passable home brew. It's a Cooper's Canadian Blonde (additional home brewers' commentary here), and discerning readers will immediately realise that we have missed discussing Paris Hilton by only one international border. It was that close.

Anyway I rather suspect that it'd be hard to replicate my current fave beer, Hahn Super Dry, in the microbrewery which at all other times is quite indistinguishable from the laundry at VVBSea.

The home brew, which has only had 10 days secondary fermentation leaving lots of room for improvement, has a distinctly wet lingering palate. 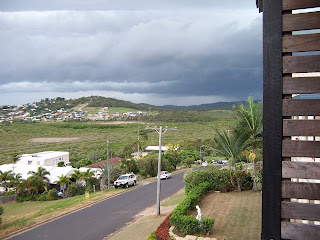 On another topic entirely, we had a beaut storm this arvo and here are some pictures of it building. It's still windy and there's more on the way. 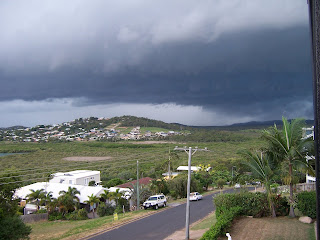 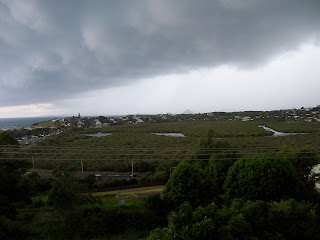 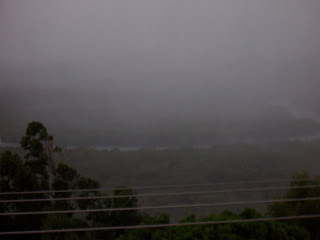 highway to hell (and back)

Labels: ennui and you know, idiocy, supposed to be funny

What turns teenagers into racists?

However, thin veneer seems to be getting bit stretched in recent years.

Post title was originally going to be "when you wish upon a star." Inspired by an event tonight where Mrs VVB and I were sitting on the verandah gazing out to sea when there was a flash of light that then descended relatively slowly into the ocean.

Not a shooting star - which we get a few of - but rather a piece of space debris burning up on re-entry.

We wondered to ourselves, is it OK to wish upon a piece of space debris? Does it still work the same as if it were a star?

Let me know your thoughts.

In the meantime, here's that classic band The Move with Night of Fear. Loved it then, still do.

every picture tells a story

Some pictures from recent road trips (click on photos to enlarge, especially if you want to read the print).

Where the poor people live.
The other side of the tracks, seen from this side.

We know who lives here.

In Jericho, where Jericho Jim shops.

In Jericho, where the walls are coming down. 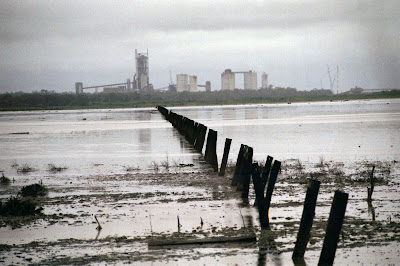 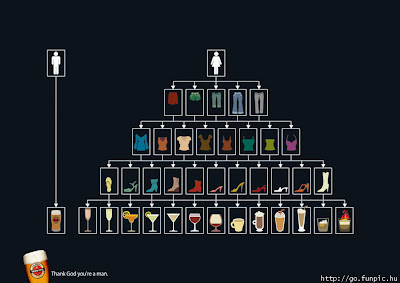 Evidently, if thought processes have anything to do with it.
Although while we're on the subject of beer, I have a brew of Candian Blond by Coopers just about finished bubbling away downstairs. Should be bottling soon just in time for testing/tasting/sinking a few at Christmas.

"can't wait to get to Moscow. With a combination of cheap vodka and a language barrier what could possibly go wrong?"

I for one shall miss him. However, as always, I look forward to a cornucopia of colour-by-numbers jiggy 80s electro-pop, one incomprehensibly obscure act in dress-up costume, one colour-by-numbers Scowegian death thrash metal band and more breast and leg than you get at the Woolies poultry counter.

Labels: life and stuff, music, satire, supposed to be funny

a day in the life

It's more like a day in the week to be fair, but I haven't brought a briefcase full of stuff home to do so it must be time for another placeholder.

I'm extremely concerned that the countercultural revolution of the 1960s is wreaking its vengeance and that all those 'righty' blogs (and John Anderson) might be right.

Kids who eat mcDonalds while the old man they hit, while they were racing an unregistered car, dies in front of them.

Parents who can't bring up their kids.

Violence in schools, teachers resigning in protest and/or disgust.

Gen Ys who demand it all now then forget what they wanted because they're onto the next latest thing.

Young people who expect their first home to have 4 bedrooms, 2 garages and a media room.

Falling abilities in maths and science.
Lack of respect for older people.
And the flag.
All right, that'll do, this is getting silly.
But has the anything goes - hey, this is a place for broad generalisations - attitude of us baby boomers - oh all right, some of us - manifested itself two generations on?
Can't see it in my kids, can't see it in many others of that generation that I know.
But the papers are full of it.
So I'm right to be concerned, I'm not so right that I'm right. 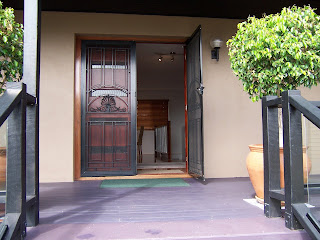 I'm afraid that all work and no play has made Phil a duller boy than he was previously.
However we have filled a gap in the time-space continuum that calls itself VVBSea, and we will return when there's something sensible to say, in the hope that someone will have said it.
Posted by phil at 8:47 pm 5 comments: Links to this post