every picture tells a story 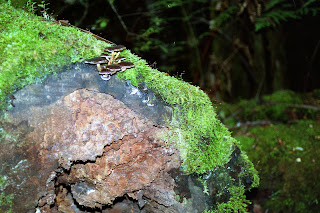 Just for something to do - well, I could be working on the business plan, but... - I thought I'd post some more photos of the Tassie holiday. This one is on some fungus on a fallen log along a walking track (Keogh's) near the Tahune Airwalk.

This one is the creek that ran alongside the same path. 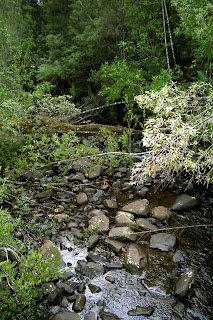 This one is Stanley, taken from the top of the geological formation known as The Nut that towers alongside the village. Stanley was without a doubt the cleanest, neatest town I've ever seen. I think I saw it had won a Tidy Town award at some time and I wasn't surprised. It was just like an English seaside village. 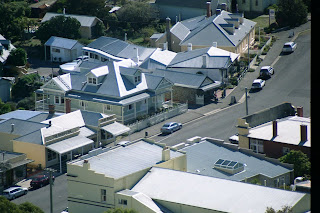 The church at Port Arthur. 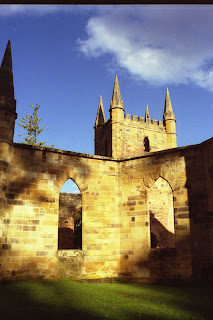 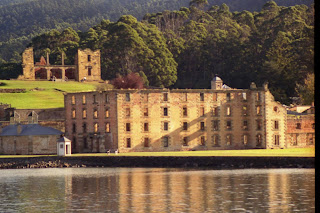 You know, I found it really eerie to be looking at your pics of Port Arthur - scrolling down to see 'Church at Port Arthur', then 'General view of Port Arthur' and then seeing the title of your previous post - 'Hit me with your best shot'!!

Unintended I assure you, Mark.

It was just great in all ways. We left some bits of the island to see next time.